“With strict management system to ensure that every product produced with excellent quality, to create unique value, as the word’s most authoritative health kingdom.” 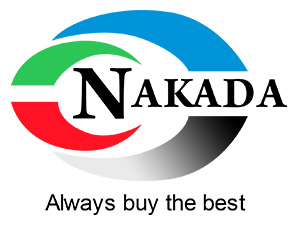 Nakada Group was founded from a small company in 1999 with the dream to deliver better healthcare to the people through modernization of healthcare products. Today, the Nakada Group has transitioned into rapidly growing healthcare after continuous reforms and development. We have participated in over 100 exhibitions annually in Malaysia to deliver health education to the public. In addition to that, Nakada Group had also participated in exhibitions held in China, Singapore, Taiwan, Hong Kong, and other SEA countries. Through unabating research and development, Nakada Group is able to provide the public with quality products and seeks to further improve it by investing into production plants, product development and testing in the future. This is to ensure the supply can meet up with the demand as well as ensuring better products could be manufactured with competitive price. With honesty, caring, and professionalism as our core value, we strive to deliver excellent product with top notch quality because we believe everyone deserves to enjoy good health.

20 years ago, Dato' Ken Yap entered the exhibition industry through a friend's referral, mainly focusing on sales in household and kitchen appliances. His overseas experience was the catalyst to his overall achievements.

In 1999, Dato' Ken Yap stopped his six years overseas business, and returned to Malaysia to set up his own company. The inevitable obstacle in his nascent business development in Malaysia which differs from foreign marketing strategy has not disheartened him to start from scratch.

Dato' Ken Yap consistent hard work and by keeping in touch with his associates of the same trade, sales personnel and the suppliers, his desired results prevail within six months, with an additional twenty employees in his payroll.

In 2001, he had successfully earned his first million, and expanded his business in China disregarding caution from his peers. He suffered a great loss and the taste of failure was bitter indeed. It did not deter his enthusiasm and for two years his confidence saw him through, like any businessman who does it on his own. Looking for new products and suppliers in the market, he joined venture with his younger brother to launch a new approach of marketing strategy. Eight years later, Dato' Ken Yap finally established Nakada Group (M) SDN.BHD, dealing in import and export, mainly wholesale in home and kitchen supplies.

In 2009, Dato' Ken Yap cooperated with China's manufacturers to produce production molds. The products were wholesaled to China, Brunei, Singapore, Taiwan, Hong Kong and Indonesia. Currently, he is also cooperating with South Korea's small and medium-sized enterprises to work on research of new products. With the excellent brand Primada, they have launched a series of intelligent home appliances products.